Introduction of the rocket pack to the range of Mk4 and Mk5 ejection seats created the basic Mk6 and Mk7 ranges respectively. The Mk6 ejection seats have saved over 256 aircrew lives around the world and there are still over 250 Mk6 seats currently in service today. 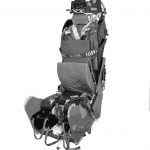 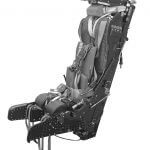