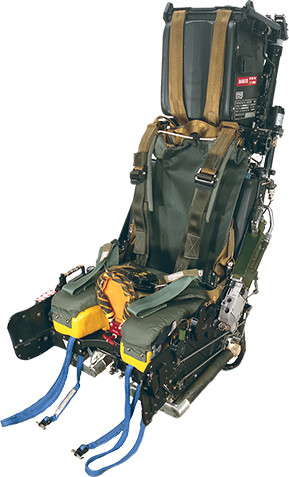 Over 250 Mk12s currently in service

Martin-Baker developed the Mk12 seat to provide a cost-effective escape system with an improved low-speed and adverse attitude recovery capability.

The Mk12 seat introduced a significant improvement in seat performance over the speed range of zero to 625 knots and from ground level to the service ceiling of the aircraft. The seat has the capability of sensing airspeed and adjusting its mode of operation accordingly.

The Mk12 is currently operational in Taiwan in the F-CK-1 Ching-Kuo aircraft.