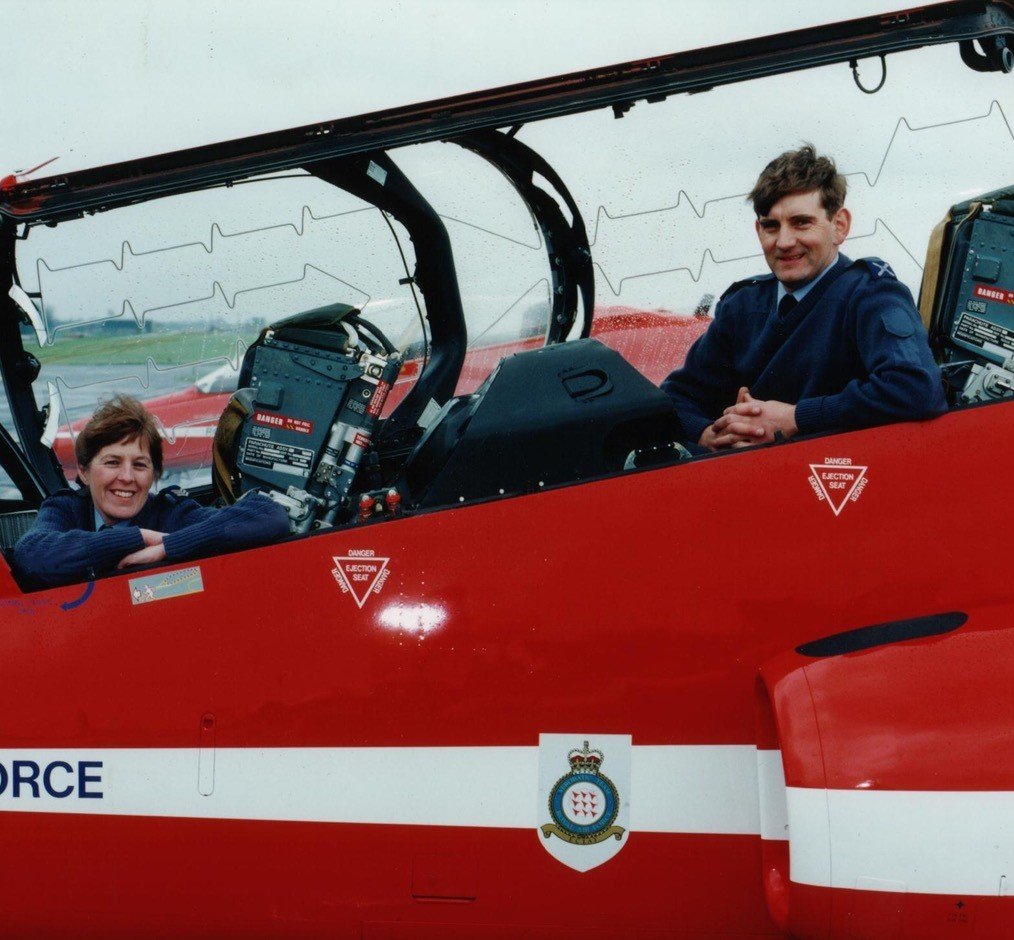 Here are some photos which include my wife Caroline who was also a Seat maintainer on both Harrier early to mid 80s and Tornado mid 90s, we met whilst serving on Bomb Disposal! in the early 1990s, we’ve just celebrated our 25th Wedding Anniversary. We both went on to commission from the ranks and left the RAF in 2013.

We were called for a photo shoot for an RAF Cosford magazine looking at former students who had married i was serving at the time on RAFAT and Caroline was serving at RAF Conningsby – Photo crown copyright RAF Cranwell -1999.

This is me whilst on the 1998 European show tour i think its Switzerland – later on this year Flt Lt Edwards made the ejection.

A photo of me whilst i was an Armament Instructor as part of the Engineer Officer Foundation Training at RAF Cranwell in 2009.