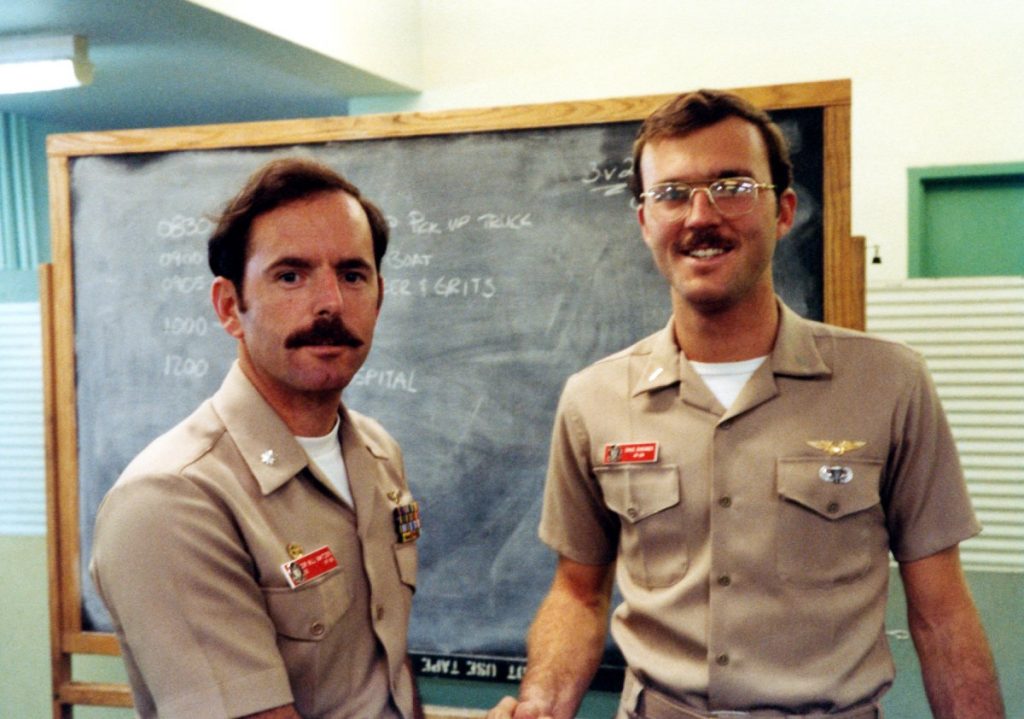 Two former US Navy aviators toasted the 40th anniversary of their ejection from an F-14 Tomcat, with the assistance of Yanks Air Museum and the Zoom Internet chat application. Then-Commander William H. Switzer III was the F-14 Tomcat pilot that day, 19 December 1981, when the aircraft fell victim to an improperly set arresting gear cable aboard the USS Constellation, during a deployment to the Indian Ocean. In the split-second incident he called for ejection and his radar intercept officer, then-Lieutenant (junior grade) David Baranek, pulled the lower handle of his Martin Baker GRU-7A seat, ejecting the pair an instant before the aircraft hit the water. 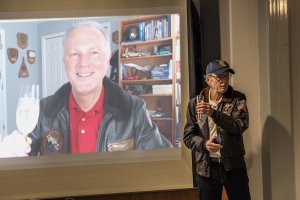 Switzer had only minor injuries and Baranek was uninjured. Both men continued for many more years of Navy service, Switzer retiring as a captain and Baranek as a commander. They would like to thank the staff of Yanks for hosting the ceremony, which was attended by dozens of aviation enthusiasts. They would also like to express their gratitude to Martin Baker for the reliable high-quality product that gave them a “second birthday.” Baranek provided a detailed account of the ejection, which is available HERE. 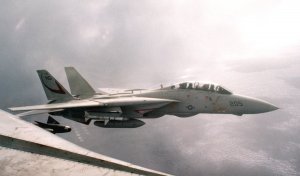