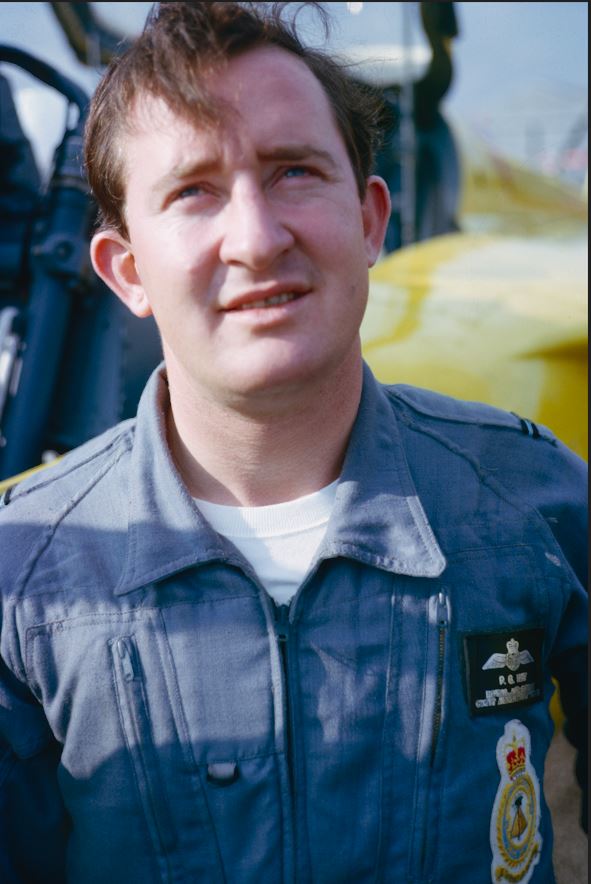 On 20th September 1966, I was forced to use one of your seats, as fitted to the Lightning F-52 used by the Royal Saudi Arabian Air Force, and feel sure that you, and the company as a whole, will be pleased to hear that the seat operated perfectly in marginal conditions and certainly saved by life.

The ejection was as a result of the aircraft entering a spin after a rotation take-off and for various reasons, I delayed initiating ejection until the aircraft was in a longitudinally level attitude, but rolling right quite rapidly at about 100’-150’, speed approximately 150-170 knots.  Some rate of descent may have been present at the instant of ejection, but it was only slight.  I used the top handle when the aircraft was wings vertical with the ground under the port wing.  The blind operated freely but slipped over the side of my Mk2 Bone dome and I was able to see that the canopy left as the wings approached level.  The seat seemed to rise as the aircraft was banking about 400 – 500  starboard, but the actual departure path of the seat seems to have been closer to 600 to 800.  The firing of the seat was absolutely without any discomfort at all and I was quite aware of the aircraft being snatched away from me and the ground at an estimated 1000 to my right.  I cannot recall any black-out and seem to remember being rolled backwards initially and then being flipped forward, presumably by the seat drogue, still in the seat.  At this instant I saw the aircraft explode about 80 yards away on my left and the seat separated again very clearly.  Height at this stage was around 50’-70‘.  After a short period of what seemed free fall, face down, during which time I can recall feeling the main parachute deploy but there was no masked check in rate of descent until about 20’ up. The landing was in an erect stance, bent slightly forward and square on both feet.  However, after about one minute, to regain me breath, I was able to sand up and walk away.  My injuries were confined to two crush fractures, namely T12 and L1, both slight and some cuts over the left eye from oxygen equipment.  There has been no impairment of any nerve reactions and the pain has by now disappeared altogether.  I am, in fact, expecting a discharge in some ten days, although not cleared to fly in ejection seat aircraft for some time.  My weight, stripped, at the time of event was 172lbs and height 5’ 10”.  I landed about 100yds from the aircraft with the seat about 30 yds away from me in a line with it.

In conclusion, may I once again stress my absolute satisfaction in the operation of the seat and convey my thanks to you and all the people concerned in the design and manufacture of such a fine piece of equipment.  I am convinced that such was the lateness of my decision to eject that any single failing in the ejection system would have led to, at best, severe injury.  My respect for your product is now shared by a fair number of Saudi Arabian Air Force pilots who saw the incident and were amazed and delighted that I was able to walk away from what appeared to be an impossible situation.