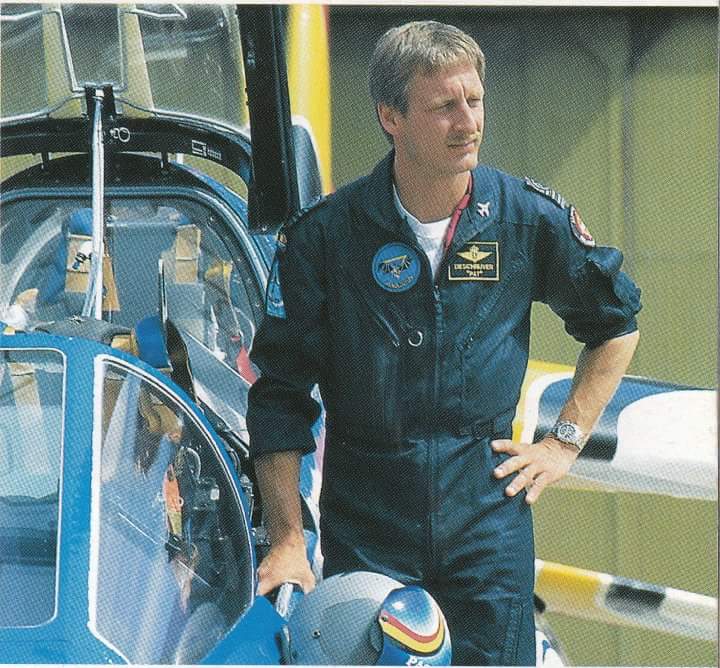 Monday April 19, 1999, around 5:15 pm, two alpha jet 1B piloted by the commander “Pat” Deschrijver and the commander “Meumeu” Meunier, collided during an aerobatic session in the sky of Beauvechain . The pilots managed to eject in time, thanks to their ejection seats, Martin-Baker MK 10. One of them was slightly injured. After the bail out. The aircraft fell in Beauvechain, on the border with Bierbeek, and were completely destroyed.   The two pilots of the two Alpha Jets concerned had just taken off from the base for a training flight; this flight was to be performed partially in close formation. For an unknown reason, the two planes touched each other during one of these maneuvers. The two pilots, Cdt Deschrijver and Cdt Meunier, have been instructors on Alpha Jet for several years.