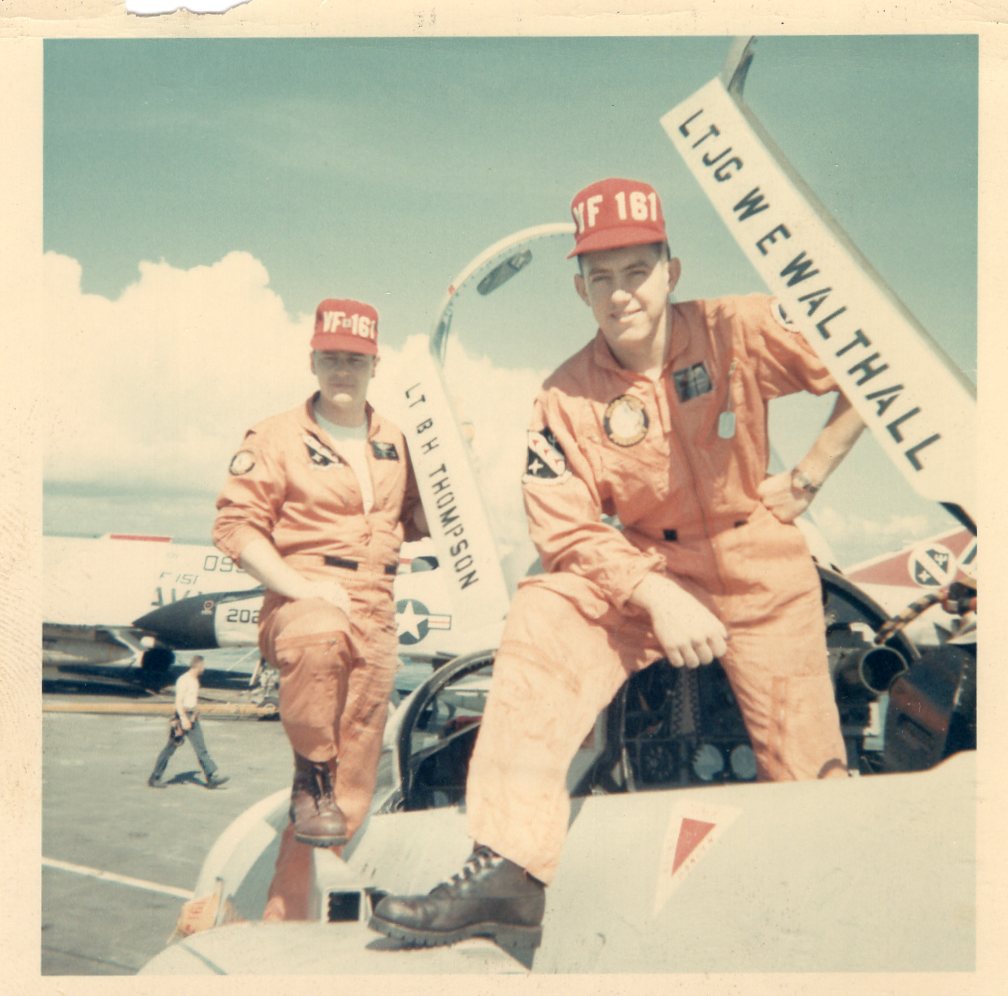 The date was Friday, 16 April, 1965.  My RIO, Bill (Walls) Walthall, ejectee #760, and I were flying an F-4B Phantom from NAS Miramar to the Yuma bombing range for practice dive bombing.  Bill had been with VF-161 for about two weeks, a relative newcomer.

Somewhere east of NAS El Centro the systems instruments began to show crazy and inconsistent readings.  Our wingman inspected the aircraft and saw nothing unusual.  Nevertheless, we decided to return to NAS Miramar.  Shortly thereafter the situation deteriorated rapidly.  Wild instrument indications, warning lights, and aural warnings, followed by a Right Engine Fire Light.  While shutting down the right engine I looked out at the intake.  It was spewing flames.  As my scan returned to the instrument panel the Left Engine Fire Light came on.  Same thing – flames shooting out of the intake. I shut down the left engine. The controls froze, and we were descending towards the ground at a rapid rate, out of control, and on fire.

I gave the command to eject, expecting my RIO to suddenly disappear from the cockpit behind me, but he did not go anywhere.  I vividly recall looking into the rearview mirror, watching his hands move rapidly from one escape handle to another through thick gray smoke.  He performed all three ejection procedures three times until finally pulling hard enough on the canopy release lever to get rid of the canopy, allowing the ejection seat to work.  I followed shortly thereafter. All of the above occurred in a matter of seconds.  We later learned that a valve failure allowed super hot air into the fuselage, causing the fire, which burned through the high pressure air line to the aft canopy, hence the departure delay of Mr. Walthall.  My ejection sequence was normal in all respects.

Several side bars enhance the ejection story.  When I arrived at the crash site a young man with a very large ID said: “Mr. Thompson, I’m Mr. Peters of the FBI.  Is there anything I can do for you?”  All my identification had been blown away during the ejection.  Our squadron Skipper could never find out how Mr. Peters knew my name.

The crash occurred in the Imperial Valley, home to many crop dusters, which are controlled by radio equipped pick up trucks.  Two of these trucks witnessed the burning F-4 descending, with parachutes nearby, and were chatting on their radios about what they were seeing.  TV stations in Los Angeles, monitoring numerous frequencies, picked up these conversations.  We were told later that our adventure was broadcast on tv news before we hit the ground.

And then there was The Dream.  Unbeknownst to me, the night before our ill-fated flight my RIO had a dream which contained a premonition, that we would catch fire and eject.  He shared that dream with other squadron crew members prior to our departure.  Pretty Spooky!

The Thompson and Walthall families would like to express their heartfelt gratitude to the people of the Martin-Baker Company for their profound dedication and skilled craftsmanship in the business of saving lives. 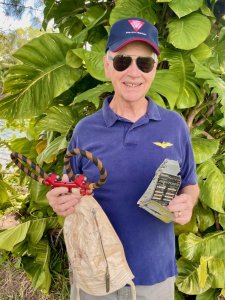