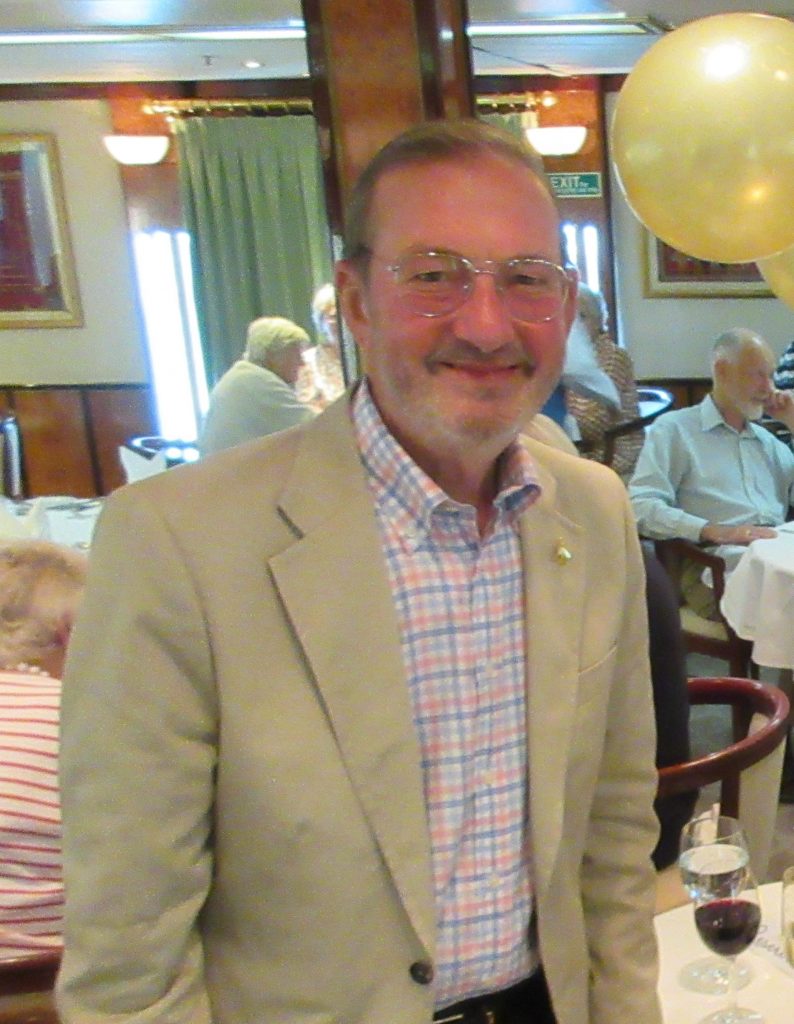 It will be the 50th anniversary of my ejection this year, so I thought it would be a good time to record my experiences on the day.

It was a sunny day in Cyprus and I was in Akrotiri as part of the 29 Sqn detachment from Wattisham. On the 8th of July 1971, I was an IWI (Interceptor Weapon Instructor) on single-seat Lightnings and training a young pilot in Air-to-Air Combat. The first flight was fine and we were in the air again very soon and this time I was showing him how to escape from a low speed fight by rolling back to level, full reheat of both engines and push the aircraft “G” to zero as the Lightning will get high speed very quickly. That didn’t quite work, as after a few seconds of doing this I heard a “Whoomph” and then the Reheat 1 – (FIRE) warning came up. Time for training to stop and turn for home!

We turned for base (Akrotiri) but the Reheat 1 was still on, my No. 2 told me that smoke was coming from the Engine/Reheat 1 and I could feel resistance in the controls. Then, very soon, the Reheat 2 (FIRE) warning came up. With a Double Fire Warning the rules are easy: fly to a safe area and bail out! As I was just over 13,000 ft, 35 nm from base – time to go! I sent my last Mayday and ejected. 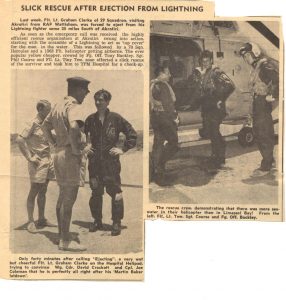 As the seat fired, my head dropped down slightly and I felt tumbling and spinning, however, that subsided quickly. Shortly after that I felt a violent deceleration, the seat fell away and the main parachute deployed leaving me swinging gently. I could see the blue and warm Med but I had problems taking off my oxygen mask which would not leave me and my (new!) Mk. 14 life jacket would not open for a long time.

Soon I was in the Med, I left the parachute, and got into the dingy and about 15 – 20 mins later the rescue helicopter picked me up and flew me to the Akrotiri hospital. On the attached you can see the photo of the helicopter and it’s crew and a very wet (but happy) Graham Clarke.

After all of this I want to remind you that without a Martin-Baker seat the result could have been very different!