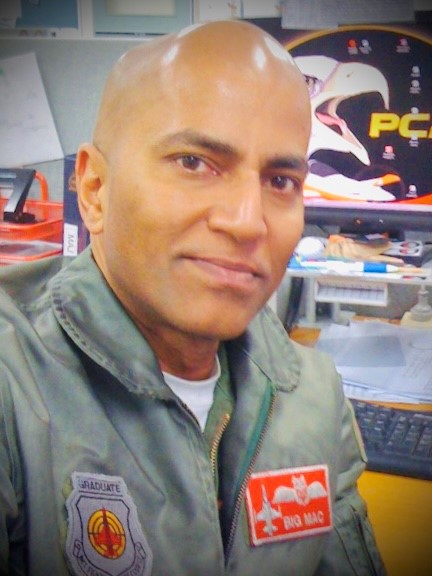 My day ended with a “BANG” in April 1993, a month just after my first born arrived. It was a beautiful Singapore afternoon, the usual Thunderstorms and light shows. I was called up for an Instrument CheckRide, and “YES” it was a ride that I will forever remember.

I was executing a Vertical-S close to some flashing bolts. For just a moment I thought the engine needles strayed, I voiced out and was told I’m just being paranoid as it’s been awhile since my last flight and also likely the flashes may have caused some shadowing on the gauges. I still monitored them gauges anyway, but never did see a repeat until after our roller at a 100AGL. Seconds prior to that, a Tactical formation flew over us from Initials and I felt great to be back in the air.

BUT just then, I felt a deceleration. I assumed it was an EFATO practice as it was a check mission. I jokingly said “hey, it’s an Instrument CheckRide Sir”, to my surprise the response was “It’s not me”. Stunned, I looked at the gauges where the needles were spinning down, also noticed my hand was at MAX throttle … I tried to revive the engine but to no avail, by then we had already reached the end of the usable runway. I searched for a suitable platform but none in sight with the nearby population coming up fast. Pushed a call out and we pulled the handles and … NOTHING !!! A million times I have told people not to look down and YES, I looked …. a BAAANNNGGG followed with blinding smoke with a huge gust as I was shot out.

It worked shockingly, the wild ride stopped as man-seat-separation kicked in. It was a heavenly fall as I saw a polaroid slideshow of my life zipping by, from my childhood till my son. Instead of enjoying the slide show I stupidly look out over my left shoulder and I saw each blade of grass below me, I remember thinking “That’s Gonna Hurt”. Just then like The Hand of God, something caught me … my parachute. It was a “shocking” event (opening shock).

I saw my Check Pilot hit the slopes as I swung twice, giving me time to adopt a Good-Landing-Position (parachuting course 15 years earlier from Commandos). It was a textbook landing in the grassland close to the burning aircraft. I couldn’t move my legs, and decided to un-glove to feel my legs as I feared looking down as to what I might see …. “No blood and No bones, Phew !” Then I heard my Check pilot calling out my name “Bigmac ! Bigmac !”, I responded. He was all over me, juiced up with adrenaline and speaking in tongue. No one came … apparently no one saw the ejection as it took less than 18 seconds for us to hit the ground. Apparently everyone rushed over to the burning scrap. We walked over after my leg came back alive, and asked the Rescue Team “you guys looking for pilots?” You can imagine the love we felt when the Rescue Team saw us.

The ride I took was a good one as I enjoyed every second of it, I would never think twice for a second ride as I know I’m in good hands …. THANKS TO THE PEOPLE OF MARTIN-BAKER 😊