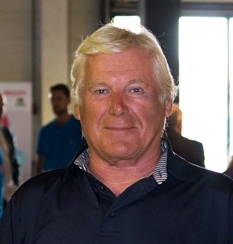 I’ve just had my 75th birthday and these days I’m more likely to be thinking of improving my golf score than thinking of love – even on Valentine’s Day – but that wasn’t always the case.

My first love has always been fast-jet flying and I was lucky to be a young man on the RAF’s then very latest jet fighter – the F4 Phantom.  Even better, I had been selected for and was really enjoying the Qualified Weapons Instructor Course, the RAF’s ‘Top Gun’.

On 14 Feb 1972 my pilot and I were conducting an air combat sortie at about 15000 ft above the N Sea.  As we separated from the other 2 aircraft after an engagement, the aircraft suffered a total failure of the powered flying control system – the stick froze and the nose pitched violently up at 9G.

There was no choice and I ejected immediately, followed by my pilot only a split second later.

My seat worked ‘as advertised’ and separated from me automatically at 10,000 ft and the main parachute canopy deployed; now my problem was the cold!  At 15,000 ft in February it was -58°C and it was still freezing at sea level some 15 to 20 mins later when I parachuted into the sea.  I recall looking like a snowman in the descent – covered in rime frost and with frozen fingers!

There was a good ocean swell running but my training helped me get into my life raft fairly easily and with its protection I started to warm up.  I had back pain from the ejection – very common on the older Mk 6 ‘gun’ ejection seats – but I was alive and I knew I’d be rescued quite soon.

I also knew that while I couldn’t see my pilot because of the ocean swell he, too, had successfully ejected, and because we ejected so close together he couldn’t be more than a mile or so from me.  Indeed, he wasn’t and we were both rescued by the same helicopter after a couple of hours. 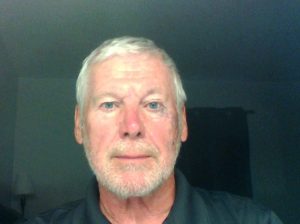 And Still Happy After 10 More Years!

Because of my injury I never did finish my course, but I was back to full flying after a 3 months and continued to confidently fly fast jets with Martin Baker ejection seats for the next 15 or so years.

Thanks Martin-Baker. Although it was a long time ago, it’s not something you easily forget – especially now I’m 75!