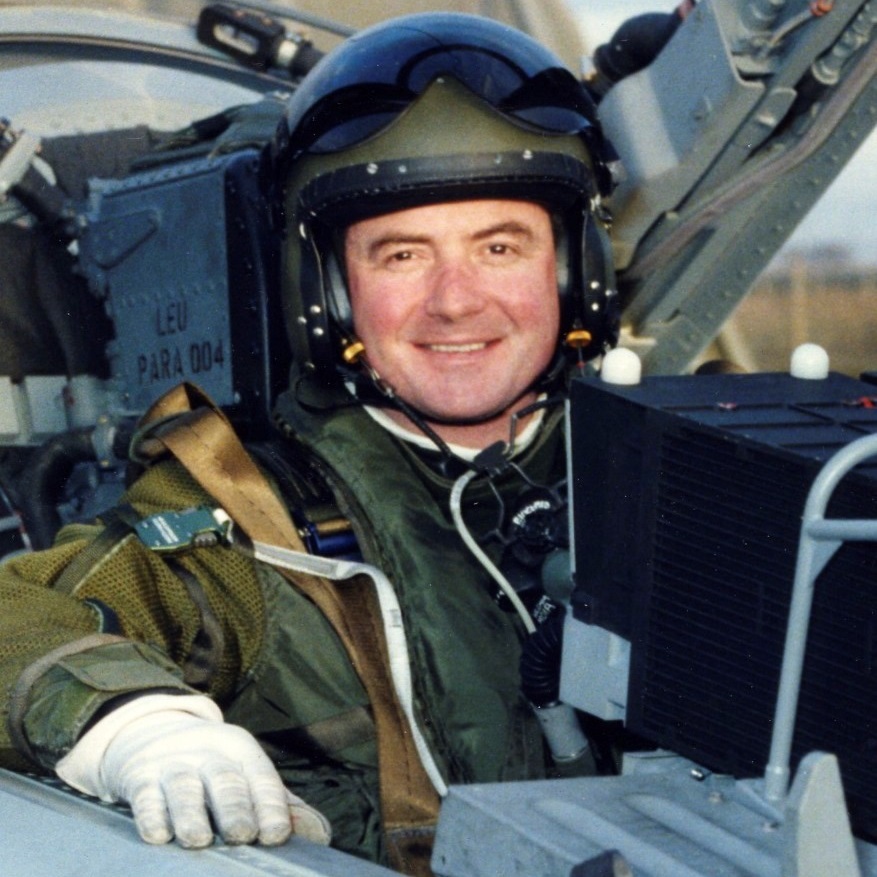 In the early 1970’s I read an RAF Flight Safety Report about an F4 Phantom accident in which the aircraft departed the runway at high speed. As a result, the cockpit floor distorted trapping the pilot’s foot under the rudder pedal and initiating the ejection seat – fortunately the seat didn’t fire. Consequently, the RAF recommended that in similar future incidents the crew should eject immediately before such damage could occur.

Fast forward to the morning of 21 Nov 1977 when I was in the back seat of another F4 accelerating down the runway at RAF Leuchars. As we passed 100kts the aircraft continued to accelerate but suddenly veered sharply to the right with my pilot, Steve Gyles, clearly unable to counter the movement. As we left the runway with the aircraft continuing to diverge, and conscious of the advice under such circumstances, my decision to eject was instantaneous.

As I pulled the seat handle I remember thinking “this is going to hurt” but it didn’t. All the automatics worked perfectly and I was quickly hanging under my fully-deployed parachute, entirely uninjured; the seat had worked perfectly.

In almost no time at all I saw the ground coming up rapidly to meet me and I prepared for my first (and only) parachute landing. Sadly, my landing was onto a somewhat unforgiving concrete taxiway and resulted in a broken ankle; still, a small price to pay.

The aircraft eventually came to rest amidst mud and snow off the side of the runway and was later repaired to fly again. Indeed, after a few months of recovery I also returned to full flying duties none-the-worse for my ejection, my first trip being to air test that same aircraft – a bit like climbing back on a horse that has thrown you.

Recently I learned that a US Air Force F4 left the runway a few years after my accident, and again at high speed. This time the crew didn’t eject but the fuel tanks ruptured and the aircraft caught fire, sadly with terrible consequences. I’m so glad I’d made the decision to eject beforehand, and so glad to have been strapped to a Martin-Baker seat.

I was subsequently privileged to visit the Company’s factory and join Sir James Martin at lunch and was able to express my thanks to everyone at Martin-Baker in person. Thanks once again, Martin-Baker!