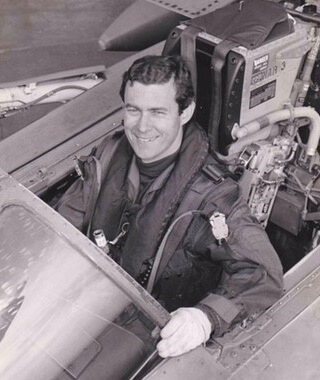 36 years ago on 18 July 1984 John Grogan (then Officer Commanding 27 Sqn RAF) and John Plumb were a Tornado crew returning to the Canadian base at Goose Bay after a demanding operational low flying sortie.

John Grogan, Ejectee #3478 (pictured below): “Almost immediately before touchdown the aircraft suddenly started rocking in an uncontrolled fashion. I selected reheat to fly out of it, but I realised it was too late – I had the controls one way, the aircraft was rolling in the opposite direction and the nose was pitching violently up. 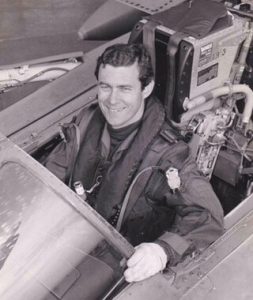 As I went to eject John Plumb, my navigator, had realised that the aircraft was uncontrollable and reacted a split-second before me to eject both of us.  John Plumb’s very quick reactions meant that while my ejection took place at a very, very low level – only a matter of feet above the ground – the superb performance of the Martin-Baker seats undoubtedly saved us both.”

John Plumb, Ejectee #3479 (pictured below the day after the ejection) adds that “Without the excellence of Martin-Baker seats who knows what might have happened; nearly 4 decades later I’m so grateful to Martin-Baker, to its products and its people.  I continued Tornado flying for another 10 years safe in the knowledge that the seat I sat on would work when I needed it.” 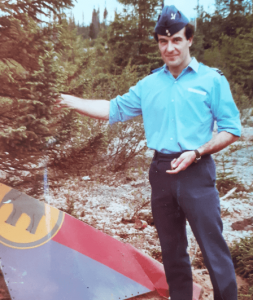 “Neither of us suffered serious injury from the ejection, just some MDC splatter” John Grogan recalls “and both of us returned to flying duties very quickly”.

Both Johns agreed that without doubt Martin-Baker helped them “enjoy their successful flying careers and their long and healthy lives”. 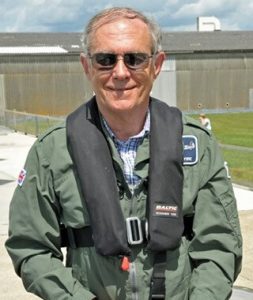 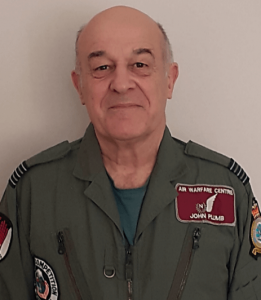 John Grogan and John Plumb will be reunited, along with 6 other successful Martin-Baker ejectees at the 27 Sqn reunion in Jun 2021.