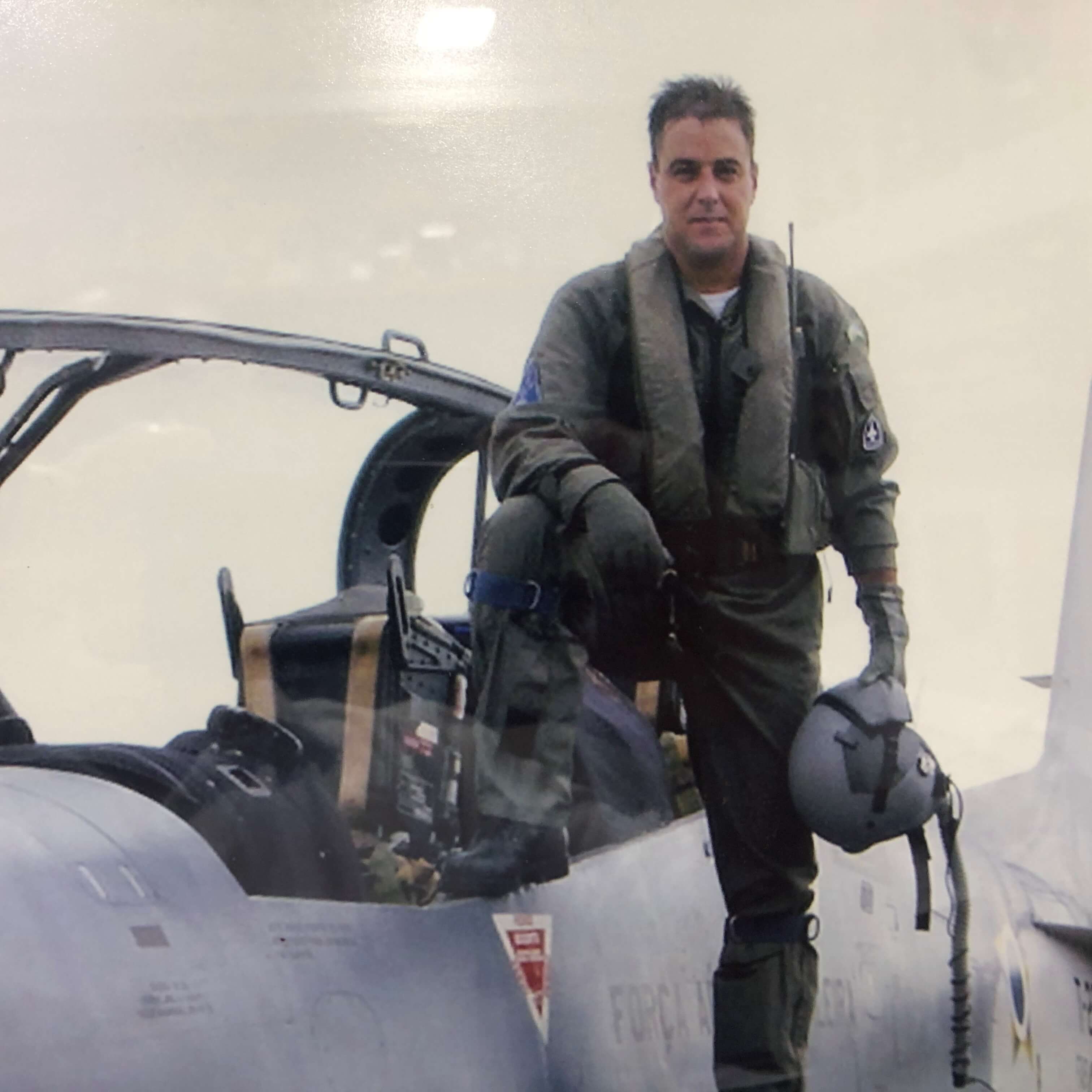 My name is Alfredo Teixeira Moura and I am currently Colonel Aviator, fighter pilot in the Brazilian Air Force Reserve. My accident occurred when a student of the Pilot Fighter course in Natal, Rio Grande do Norte, Brazil in 1985. I was doing aerial shooting training and, when making the second pass for the shot, I got very close to the target and collided with the iron mast that kept the target extended. This mast was attached to my right wing and, when I recovered from the dive, my plane entered an asymmetric Stol. It was an AT-26 Xavante. As the exercise was performed with the target at 10,000 feet, over the ocean, after trying to control the spin, for approximately 3 turns, I imagined that it would be close to 6000 feet, whose altitude was considered in our doctrine, minimum Ejection altitude with uncontrolled aircraft.

I pulled the ejection lever and a few seconds later I was opening my eyes and checking over my head that my parachute was open. During the separation of the seat I was unconscious, but everything went perfectly. I activated the lifeboat and after a few minutes when I touched my feet in the water, I hit the parachute harnesses to release it and fell into the sea approximately 30 miles from the coast, I got on the boat and my rescue started. It took me about two hours between getting on the boat and arriving at the beach to get on board the helicopter that would take me to Base. The helicopter’s winch didn’t have the strength to lift me up to the helicopter and I was then hung with the rescue man for about 20 minutes to the beach.

I know that I failed to control my plane by making my shots at a shorter distance than expected with the mistaken thought that I would hit more shots at the target, but happy because, despite my mistake, I survived and graduated as a fighter pilot. I can be here today and tell my story of my ejection to my children and friends. All this thanks to the Martin-Baker seat in my AT-26.