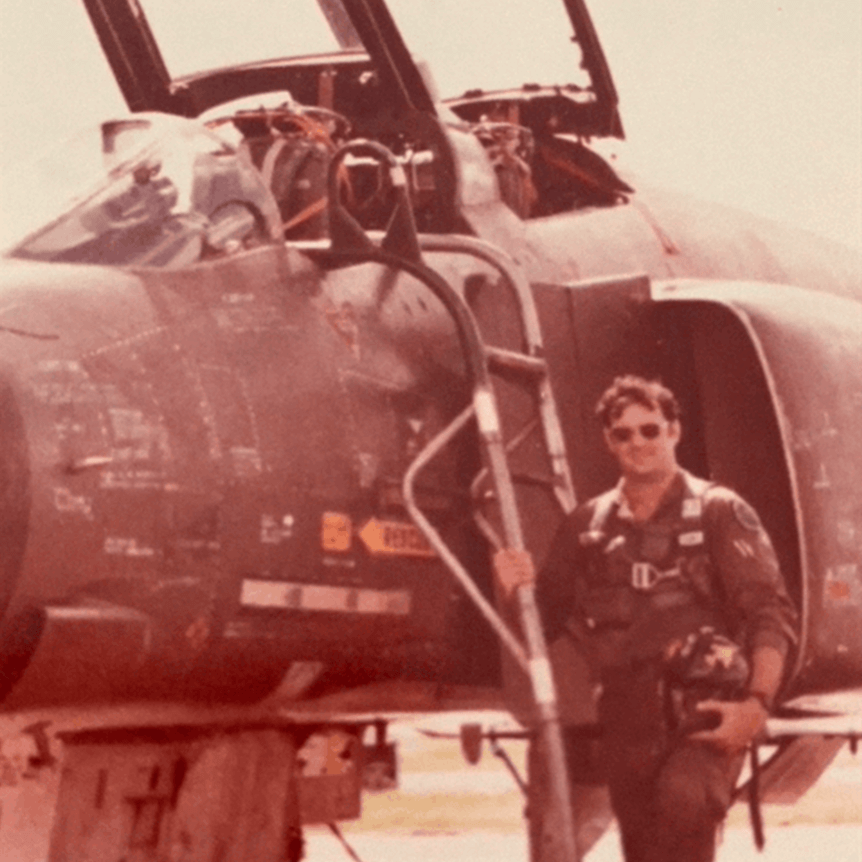 “In 1978 I was a WSO flying F-4s with the 25th Fighter Squadron at Kadena AFB, Okinawa, Japan. Returning from a routine training mission, my AC, Lt Chip Utterback and I were leading a two ship formation landing. We were 10 miles on final at 2500’ agl, 250 knots, when we experienced a material failure of the front canopy strut at its lower bulkhead attachment point. This resulted in the loss of the front canopy and attached strut. As the strut left the aircraft, it crushed the seat mounted initiator located on the back of the front ejection seat, resulting in an unsequenced ejection. I exited the aircraft under my AC’s ejection seat, in the blast of his rocket motors. I only received minor burns, but 1/3 of my parachute was burned away. Fortunately I was not injured when I rapidly descended to the earth! I want to thank Martin-Baker and their excellent ejection seat for saving my life.”