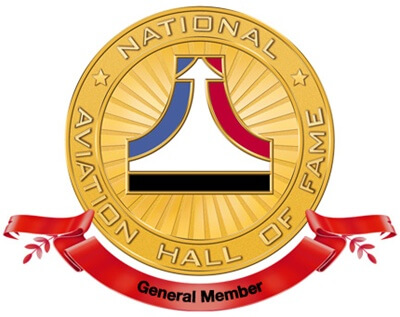 DAYTON, OHIO, 08/12/2019 – The Board of Trustees of the National Aviation Hall of Fame (NAHF) is pleased to announce that its coveted 2019 Spirit of Flight Award will be presented to Martin-Baker Aircraft Company Limited (MBA) during the 57th Annual Enshrinement Dinner & Ceremony to be held in Denver, Colorado at Wings Over The Rockies Air & Space Museum on September 28, 2019.

The Spirit of Flight Award qualifications include organizations that serve a special need of the nation and set high standards for excellence in the utilization of aerospace assets.

NAHF Chairman Michael Quiello shared, “Martin-Baker indisputably sets the standard for ejection and crashworthy seats around the world. From their early days developing and testing the company’s first prototypes to today knowing that they have saved over 7,500 people around the world, MBA’s existence provides pilots worldwide a primary added layer of safety.”

The company employs over 800 people worldwide, with approximately 180 at Martin-Baker America headquartered in Johnstown, Pennsylvania. MB America is responsible for the manufacture and assembly of escape systems and crashworthy seats for the US Air Force, Navy, Marine Corps and Army. MB America has over 5,000 seats in aircraft at 52 bases across 42 states. The Mk16 ejection seat is fitted in the T-38 and T-6 training aircraft, and the F-35. The entire fleet of US Navy aircraft with ejection seats have the MBA Naval Aircrew Ejection Seat (NACES). Over 2,500 American Airmen were saved during Vietnam using MBA ejection seats, and since that time another 1,000 Americans have ejected in a variety of aircraft and have been safely returned to their families.

“We are extremely honored to have been chosen to receive this award from the NAHF,” said Andrew Martin, Vice President of Business Development and Marketing for MBA. “Our ethos is Engineering for Life and it’s our vocation to build ejection seats that have saved over 7,500 lives around the world. To be recognized for it in this way is magnificent indeed.”