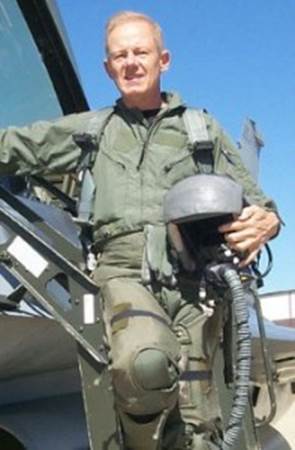 “A number of years ago I made the transition from “King of the Skies” to “Scum of the Earth”; a horrible situation, for sure, but the good news is, I made it safely thanks to Martin-Baker. I was flying over Vietnam in a US Navy F-4 Phantom, from the aircraft carrier Kitty Hawk, when I was hit by a SAM. My ejection seat worked flawlessly. I parachuted into enemy territory, was captured, tortured and spent nearly six years in Communist prison camps.

Several years after returning home I accidently met the “rigger” from the squadron survival shop which maintained my ejection seat. He had literally “packed my parachute”.

I was happy to buy him the traditional (albeit much delayed) bottle of his choice that evening and thanked him profusely for his nimble fingers and stanch devotion to his job… and to my life. Then the conversation turned to the other “parachute packers” who had helped prepare me for that painful ordeal. Of course my Dad who taught me discipline and Mom who taught me forgiveness, my coaches, teachers, and spiritual leaders; each of whom added those psychological and spiritual nuggets I would need to survive, and even thrive, through that challenging experience.

But the whole ordeal started by pulling that face curtain and activating the hundreds of mechanisms, all of which had to work without a flaw, and did.

So, included in my prayers of thanks are the engineers and designers, the managers and technicians, and yes, the receptionists and PR pros at Martin-Baker.

Thanks for “Packing my Parachute”!”